In the 8th century a Javanese Hindu priest by the name of Rsi Markendya came to Bali. At the place were two rivers met, campuhan, he sat and meditated. Soon a temple was built to mark the holy site, and so the beginnings of what is now known as Ubud. The name of the town comes from the ancient Balinese word ubad, which means medicine, and was once a place renowned for its medicinal herbs and plants.

These days Ubud is all bright green rice paddies and heavy scooter traffic; raw food cafes and roast suckling pig; masses of tourists bussed in for the day from their beachside resorts and hippie travellers staying awhile; yoga studios and wooden penis bottle openers; hindu temples and high-end fashion shops; a family of five piled on a scooter and an old man with a machete hard at work in the fields.

Ubud feels like it straddles two worlds. The main streets of town are lined with shops clearly marketed to foreigners and you can’t walk more than a few steps without being asked ‘transport, taxi?!’. At the same time it isn’t hard to see Balinese life simply going on around and in amongst the hubbub. Women walk around balancing baskets on their heads, incense-wreathed offerings to the gods sit at every doorway, and children in uniform walk to school arm-in-arm. Despite the endless amounts of building going on, the natural world encroaches everywhere with its tropical shades of green and bright red flowers, toads croaking and wasps buzzing and lizards darting every which way. And of course the incessant heat. While we were there the days were hot, sweltering sweaty tropical heat, not unlike summers back in Brisbane. Just the way I like it. 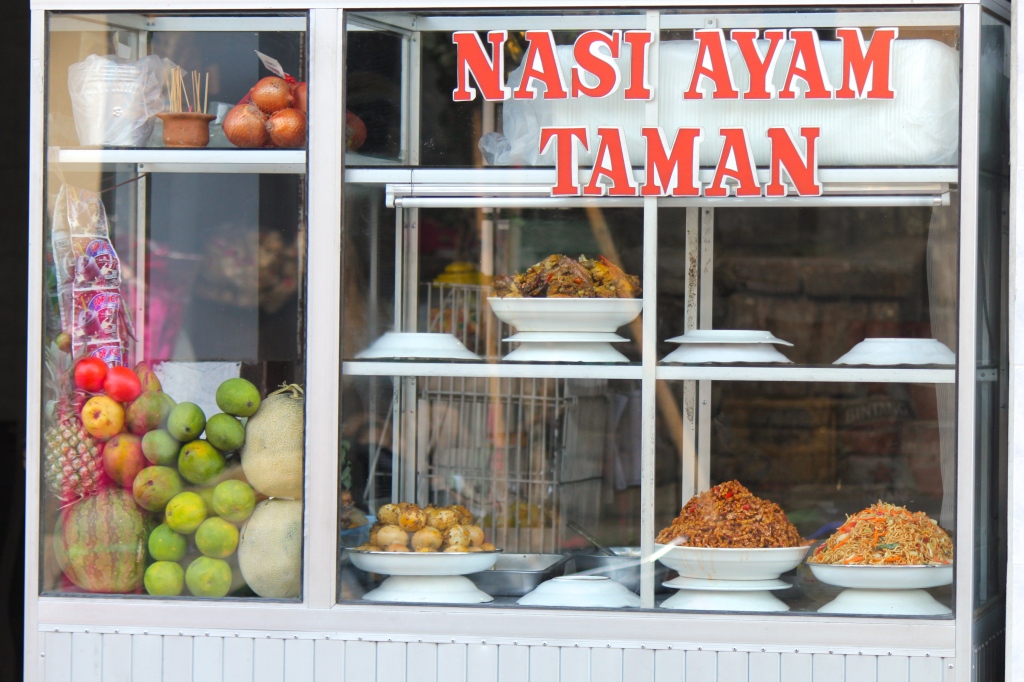 Easily our favourite part of Ubud was the early morning produce market. Right in the centre of town, the market opened at dawn selling everything from the fresh flowers used to make the daily religious offerings, mounds of mangoes and chillies and green beans to roasted pig and small silver-blue fish. By 8am the market was winding down and packing up and by 9am, the whole place had been transformed into a tourist mecca, complete with endless trinket shops selling variations on the same things.

We went down to the market a few times during our stay, enjoying the early morning walk while the streets were still (relatively) quiet and the sun hadn’t yet risen to its full zenith. Once we got there I would wander around taking photos and buying fruit while S and W found a prime position on a stall-side bench to drink Balinese coffee and watch the day unfold. The smells and tastes and textures and colours of the market was like Ubud distilled. For all the amazing fusion foods available in the village (and believe me, Ubud is a foodie mecca), nothing beat a piping hot nasi goreng topped with a fried egg and a generous helping of sambal from a local warung. 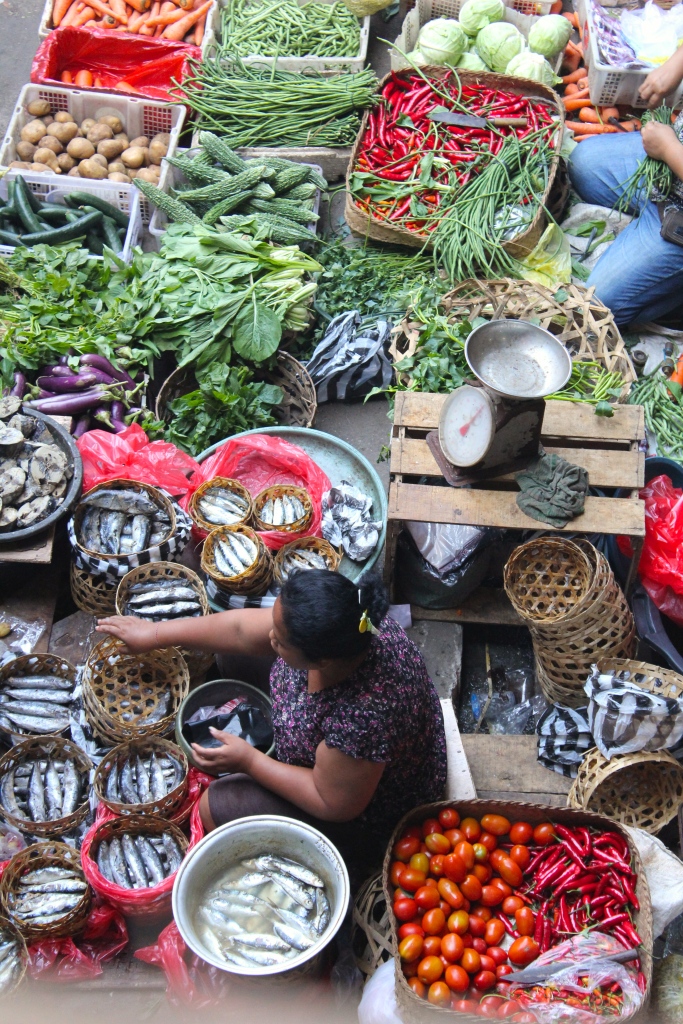 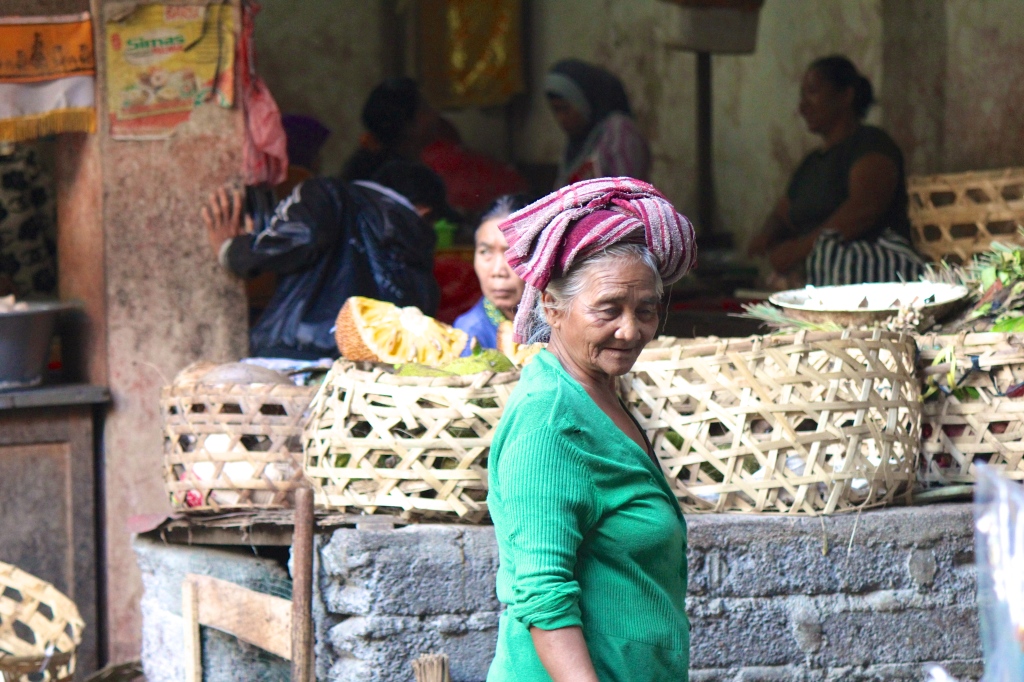 The photo below was taken from the front room of the house we stayed at in Penestanan. The place was constructed from an old joglo, a traditional Javanese teak house, and the entire front of the house was open to the rice fields in front. Not a bad view! 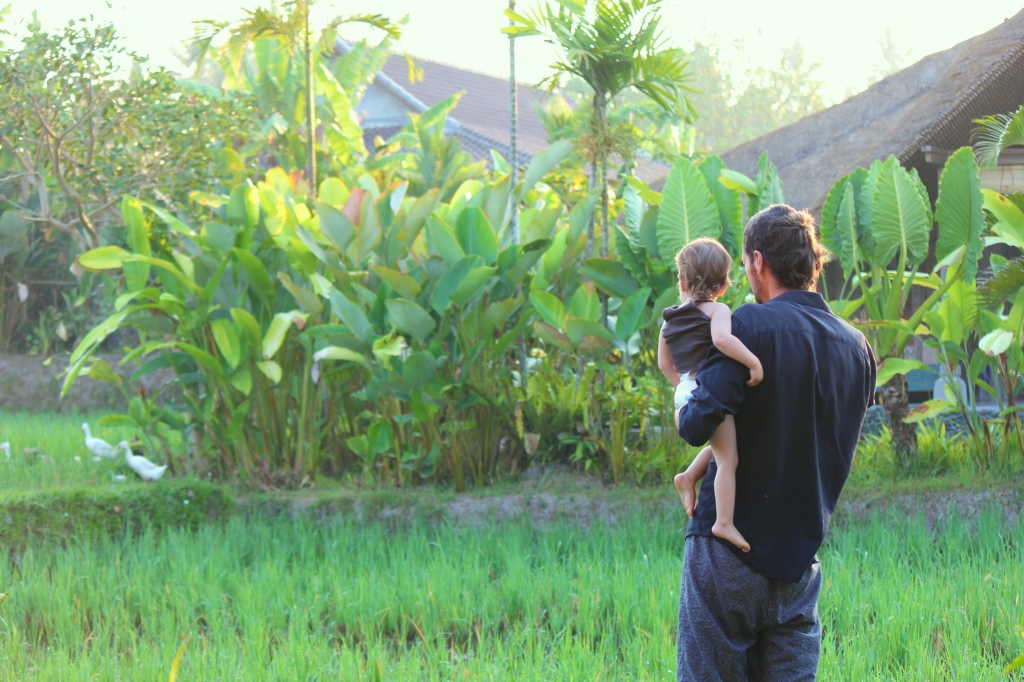