It was bigger than an emu’s dark brown egg
But smooth and glossy. Its outside was curiously hard
If you picked it up. Like a turtle egg it bowed
With a sort of elasticity to the touch. I dug
A fingernail in. Beneath the purple surface.
The taste, we knew, would be strange, perhaps poisonous.

– From ‘Eggplant’ by Thomas W. Shapcott, in The City of Empty Rooms

I’ve had a rocky relationship with eggplant (aubergine) over the years. It was one of the few foods I went off during my pregnancies. It can be difficult to cook well, and after a few kitchen disasters I avoided cooking it myself at all, for many years. So often the vegetarian stand-in for meat at pubs and restaurants, I could stand never to see a soggy slice of eggplant laden down with tomato sauce and cheese again.

But when it is done well, oh eggplant! The crispy-creamy-umami flavours of miso-slathered grilled eggplant that is the Japanese dish dengaku nasu. The piquant Indian-style of cooking eggplant, heavily spiced and fragrant in curry. The sweet smoky baba ghanouj threaded through Middle Eastern cuisine, dusted heavily with paprika and mopped up with fresh pita bread. Grilled with garlic and ginger and scallions and scooped piping hot over a bed of coconut rice, Vietnam-styles. Sweet and sour, heaving with tamarind and scorching hot with sambal, as it was served up to us in Bali.

Oh, be still my heart.

This dish may not take eggplant to those dizzying heights, but it does let the eggplant, in all of its crispy, oily, creamy, roasted glory, take centre stage. The dusting of cumin and the bright pistachios lend this Eggplant Orzo Salad a Middle Eastern vibe. Be heavy-handed with the herbs; there is no such thing as too much fresh greenery. Stain your fingers pink with pomegranate juice. This an easy mid-week salad, dressed casually with olive oil and lemon juice. Best eaten outside, under the sunset skies of a hot spring evening. 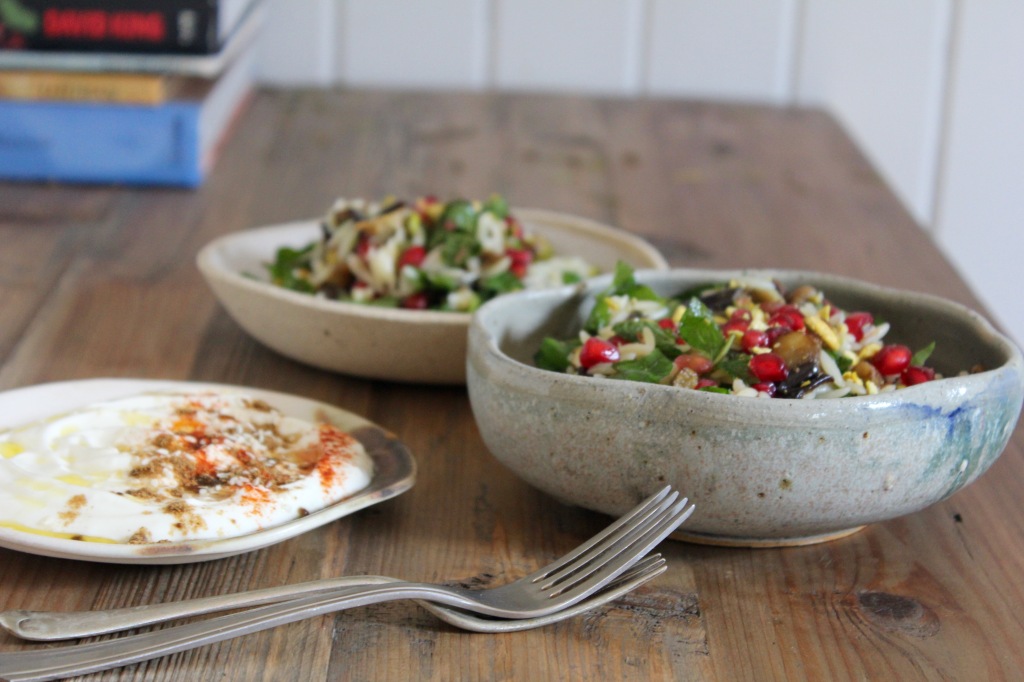 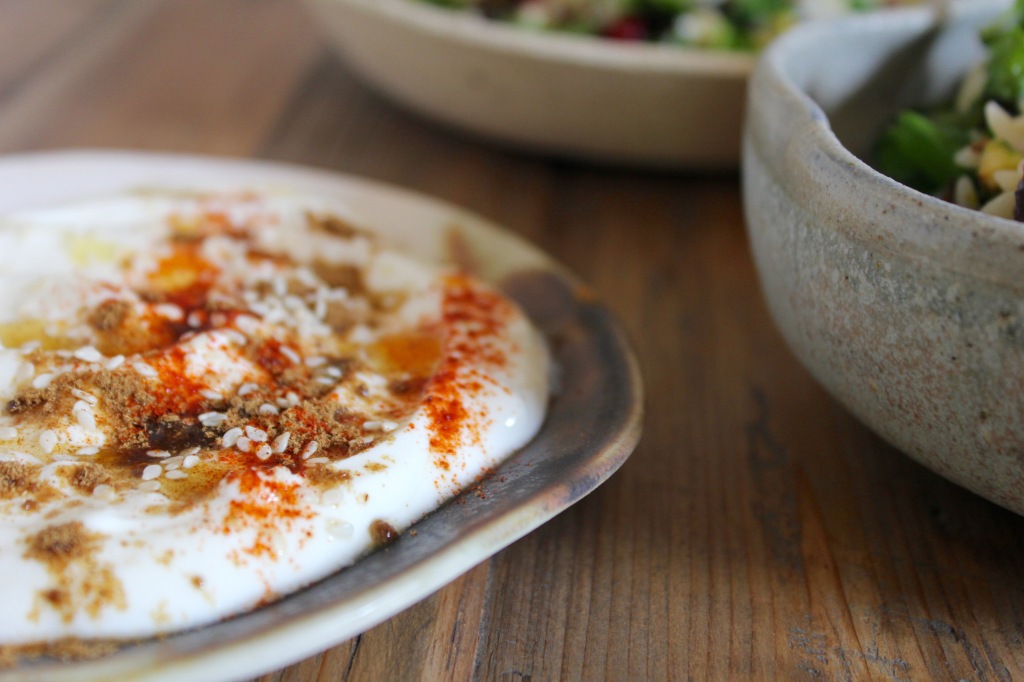 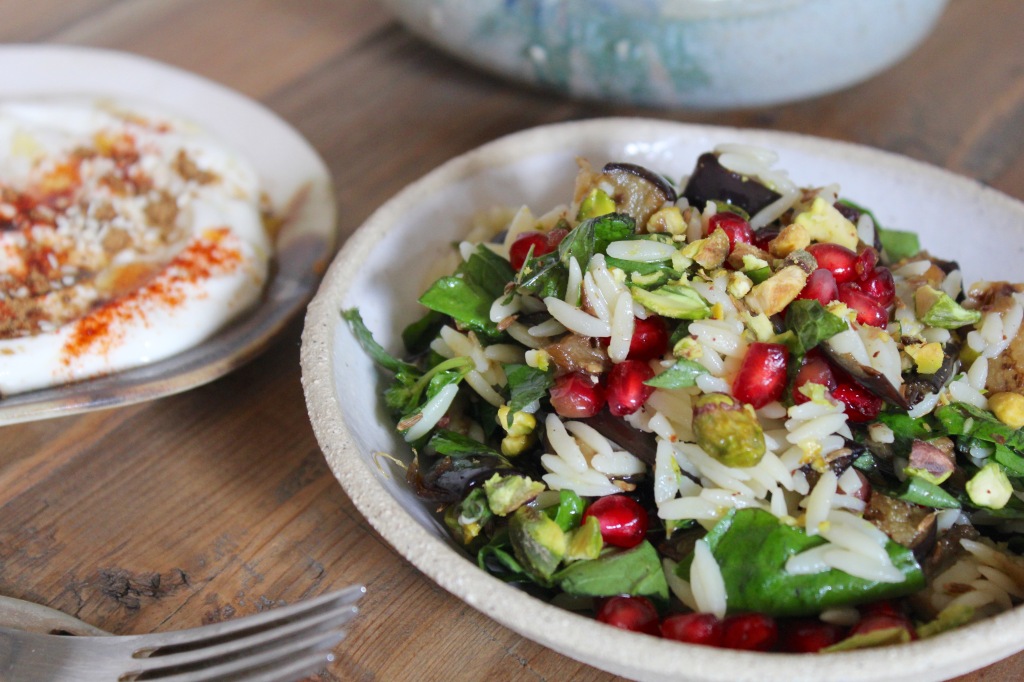 Feel free to sub in the fresh herbs with whatever else you have lying around – fresh coriander, oregano, dill would all be lovely here as well. And if you’re having this as a main rather than a side dish, I heartily recommend stirring through a cup of spice-roasted chickpeas. And the side of yoghurt? Totally optional. Delicious with, but if you’re vegan, or just want to keep things light, equally delicious without.

Preheat oven to 200° celsius/400° fahrenheit. Cut the eggplant into even-sized cubes, toss them in a bowl together with a generous amount of salt, pepper, and olive oil. Lay in a single layer on a baking tray and roast for 25 minutes or until nicely browned, turning halfway through.

Cook the orzo according to the packet instructions, until al dente. Roughly chop the basil, parsley, mint, and the pistachios. In a pan dry toast the cumin seeds until fragrant (approx. one – two minutes) and remove from the heat.

In a large bowl combine the cooked orzo, roasted eggplant, chopped herbs, pistachios, pomegranate seeds and toasted cumin seeds. Add the lemon juice, a generous glug of olive oil, and a grind or two of salt and pepper. Toss to combine.

Spoon the yoghurt into a shallow bowl, drizzle with olive oil, and sprinkle over the ground cumin and paprika.

Serve the salad with the yoghurt on the side.